Well, looks like news reports from Friday that Brazil would again delay its retaliation against American exports as part of the bilateral cotton dispute at the WTO were wrong a little off.  According to numerous news outlets, the list of targeted US exports was released today.  Here's Bloomberg with the news:


Brazil has published a list of 102 U.S. products on which it will raise tariffs for 365 days in retaliation for American cotton subsidies as allowed by the World Trade Organization.

The list, published today in the Official Gazette, raises tariffs on American-made cars, boats and refrigerators among other industrial goods. Potatoes, raisins, cherries and pears are among the agricultural exports that will be sanctioned. The tariffs range from 14 percent to 100 percent.

Brazil may take additional measures, according to the statement published in the Gazette.

More on this news later.

UPDATE: Reuters reports that the new list won't go into effect for 30 days, so it looks like last week's story about the 30-day delay and continuing US-Brazil consulations wasn't entirely "wrong," just off about the list being delayed.  And my analysis from Saturday remains valid.

UPDATE2: The pages of Brazil's official gazette listing the targeted US exports are below (click to enlarge), and the AP has more details here.  The table in the bottom left/top right of the first/second image is the list.  If you're like me and don't speak Portuguese, you can still figure out all of the products listed because the tariff codes on the left are universal under the Harmonized System. 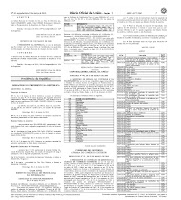 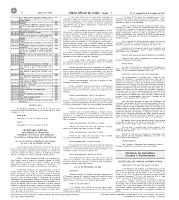 UPDATE3:  Chris Nelson of the Nelson Report has some of the juicy details behind today's retaliation announcement and Sec. Clinton's visit to Brazil last week, and it's not pretty for the United States [see 3/9 correction here]:


Commerce Secretary Locke is due in Brazil tomorrow (3/9) with a US counter-proposal of some kind.

However, informed sources say that unless there was a "miracle" of staffwork since Friday, "he will not have a fully prepared counter-offer to present, as there was NONE ready last week, even though we've known about this day of reckoning for years."

And to produce one properly "means it's highly unlikely Locke will have anything resembling a complete offer, since to get one is a vastly complex matter, dealing with many, many players and variables in Congress and elsewhere."

Specifically, the WTO decision rules against US subsidies to cotton farmers, and our export credit guarantees... meaning any substantive changes would have to be approved through the legislative process....

[T]he Brazilians were expecting Secretary of State Clinton to raise the case during her visit last week, indeed, they had been led to believe she would at least discuss the US counter-proposal allegedly being delivered by Locke...

Instead, sources say not only did Hillary NOT deliver any of the prepared talking points on the cotton case, but as of Friday, as noted above, there was NO US counter-proposal for Locke to bring with him.

So if any delay is to be negotiated, it seems likely to be based on a promise of some distant, future legislative remedy, not on the facts.

On Clinton's meetings last week, sources here say she didn't relay any of the prepared comments in her briefing book: "Whether she simply forgot, or decided she couldn't, because of the situation back here, I don't know", the source adds....

For what it's worth, observers say that the fault here is NOT USTR's, as responsibility for brokering a compromise proposal rests with Commerce, and to a certain extent the State Department's econ bureau.

[A] former senior US trade official "who rarely sides with the Brazilians on anything!" comments, on background, "the US has had years to work on something for this case. So we really are remiss on this. If we want our trading partners to meet their obligations to us, then we have to live up to our obligations, too...."

What a complete and utter mess.  Unmentioned in the reports above is the fact that Brazil still hasn't released its "cross-retaliation" plan for this same case.  As you'll recall from my recent (co-authored) Heritage Foundation backgrounder, the WTO has authorized Brazil to assess both (i) basic retaliatory tariffs against US goods (based on the list posted above) and (ii) certain sanctions on US intellectual property rights in Brazil.  As stated in the brief, "The IP sanctions will include suspensions or limitations on $270 million worth of U.S. imports' patents, copyrights, and trademarks and temporary bans on royalty remittances."  And according to the AP, Brazil is expected to list its final list of IP sanctions on March 23rd.  Faaaantastic.

Now, despite what appear to be the United States' finest attempts to totally botch this case and stupidly hurt its own exporters, there's still a very reasonable chance that (i) the US and Brazil will broker some sort of fix before the retaliation begins in 30 days, or (ii) Brazil will again delay the retaliation in order to keep trying on a compromise deal.  As I said last week, it's pretty obvious that Brazil doesn't want to impose these sanctions and would take some sort of compensatory deal unrelated to the US cotton program (something Brazilian officials expressly admitted today).  So maybe these tariffs won't ever see the light of day.

Nevertheless, the Obama administration's trade incompetence is on full display here, and we're definitely one big step closer to full-on retaliation by Brazil due to that incompetence and (of course) several years of good ol' fashioned political refusal to comply with the underlying WTO rulings against US farm subsidies.

Finally, and as I said on Saturday, even if Brazil and the United States reach some sort of "deal," it's quite likely that the illegal US farm programs will remain in place, that US credibility at the WTO (and in the global trading system more generally) will take another hit, and that the efficacy of the WTO itself will be further called into question.

I'm not as familiar with these trade patterns as I should be. Are you expecting US manufacturers affected by these sanctions to lobby for government financial aid? Seems like that is a likely outcome of this charade.

Probably not, Node. The typical response is for the affected industries to lobby the government to comply with the adverse WTO ruling (thereby eliminating the retaliatory sanctions). They've been pretty successful in the past at getting the government to finally change its ways (although not quickly). However, instances of actual WTO-sanctioned retaliation are rare in the US, and I guess anything's possible these days. (But I think your scenarios is rather unlikely - fortunately.)

Thanks for the info, and the updates to your post. I've been checking back and following throughout the day.